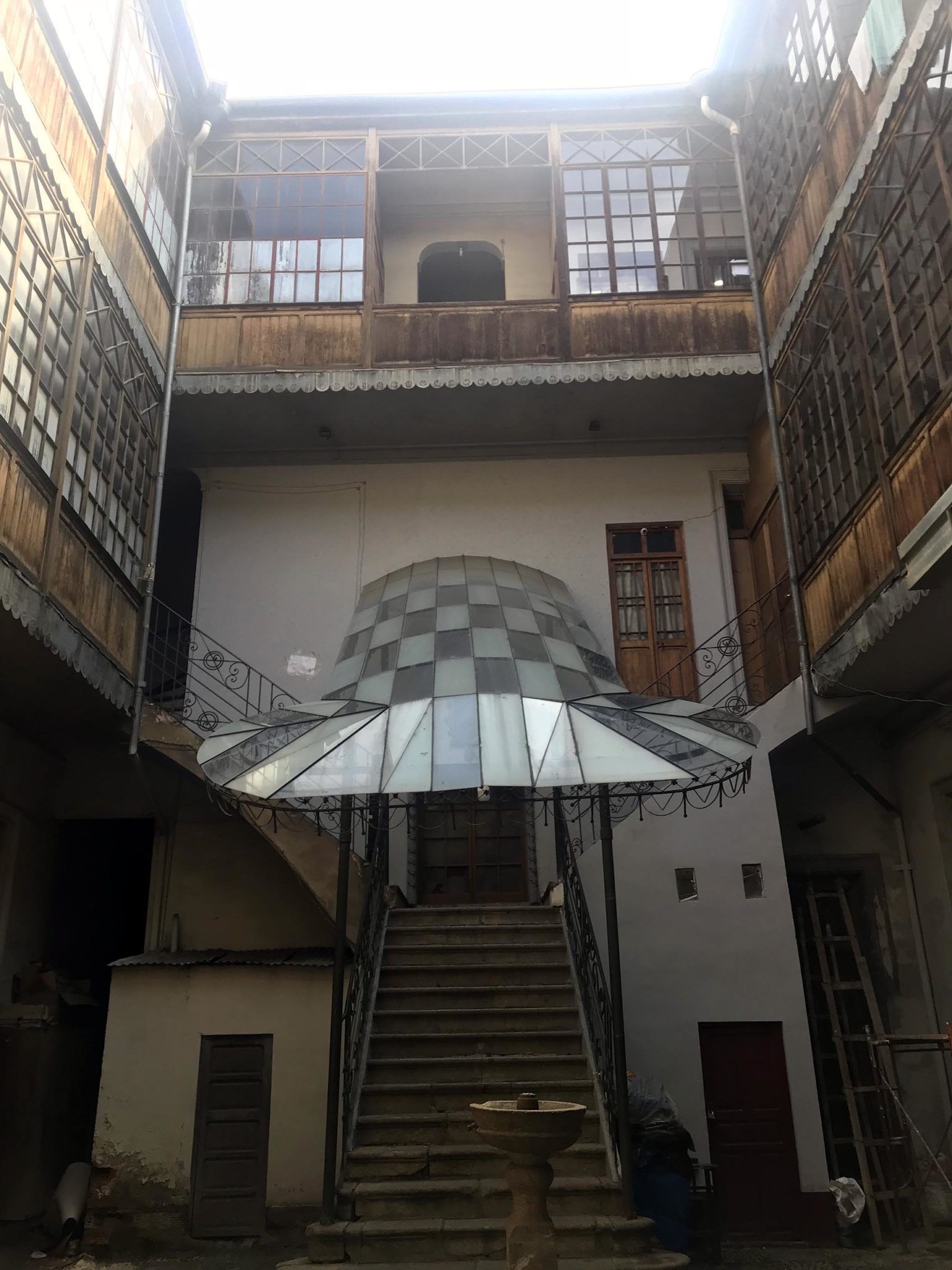 (…) The Ñatitas festivity is a traditional rite in Bolivia, celebrated every November 8, to thank the dead for their favors and care granted to the people.  It entails worshipping one or several human skulls.

The rite is said to date from pre-Columbian times, when the dead were worshipped and carried on shoulders so that they would meet with their ajayus (Aymara word that means «ghost», «soul» o «spirit») and their families. It is also believed that this cult comes from the ancient Tiwanaku empire, when ancestors’ heads were kept to demand rain in times of drought or to chase away storms, so that these would not destroy houses or crops(…) 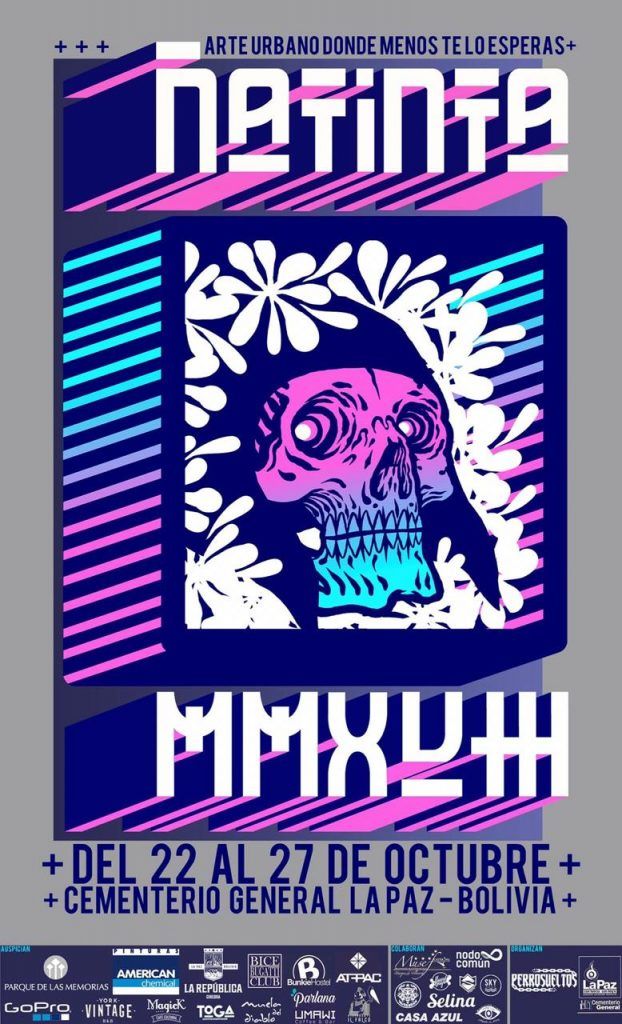 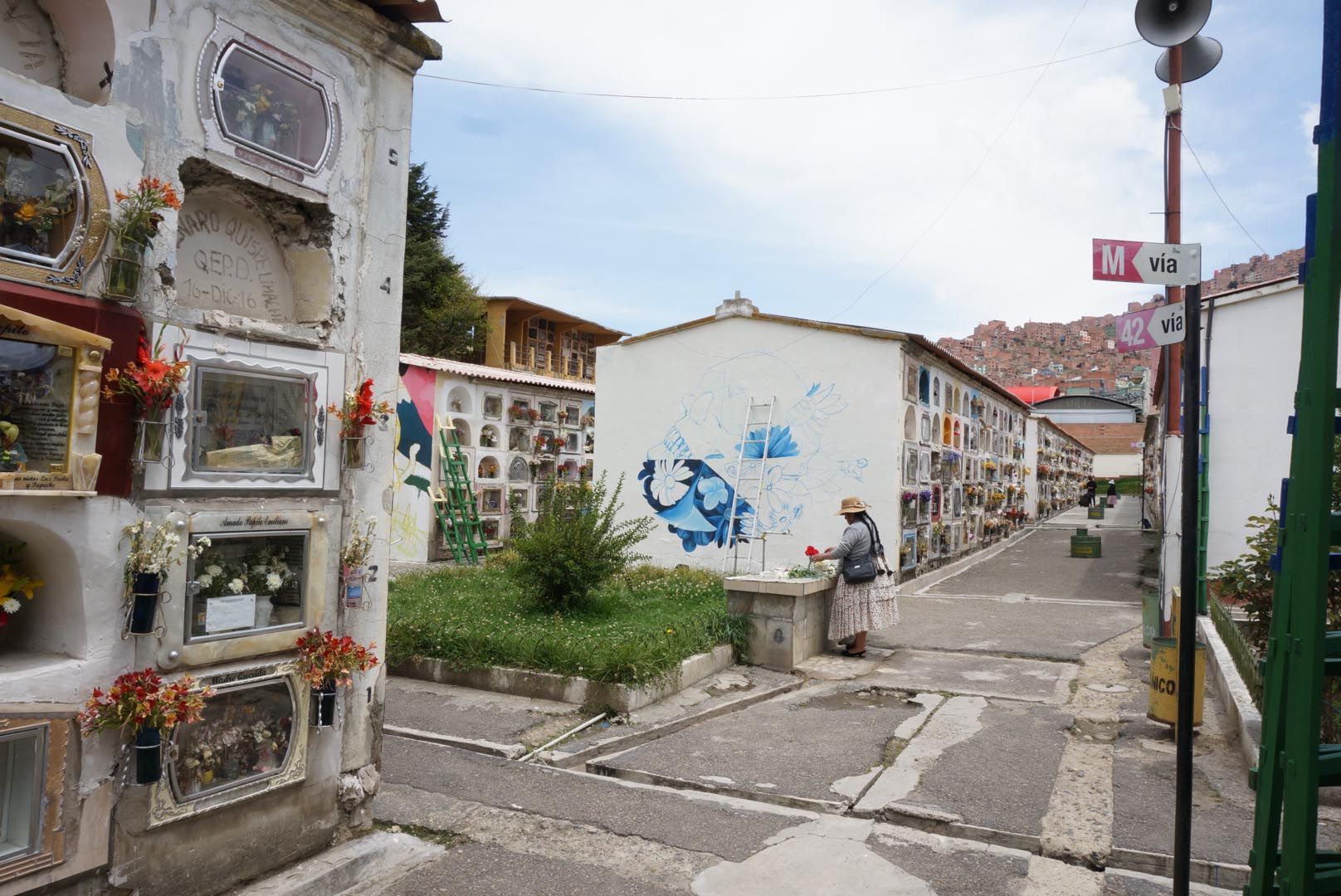 From this trip to La Paz inspiration arose to create several pieces, among them some on copper and metal, others on canvas. One of them is currently part of the Universidad de Talca´s art gallery. 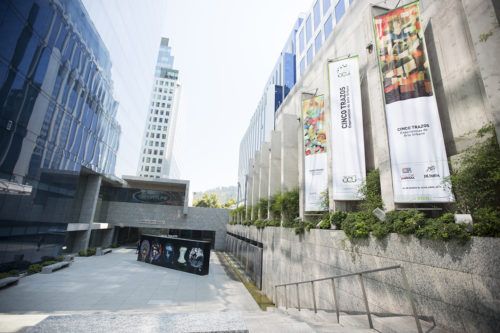 (…) Five urban art talents will present their work at CCU Art Gallery. According to organizers, these artists faced the challenge of working on other kinds of support, such as canvas and sculptures, and intervened the inner and outer space of this art gallery with a colorful and rich exhibition.  The exhibition, “Five Brushstrokes, Experiences […] 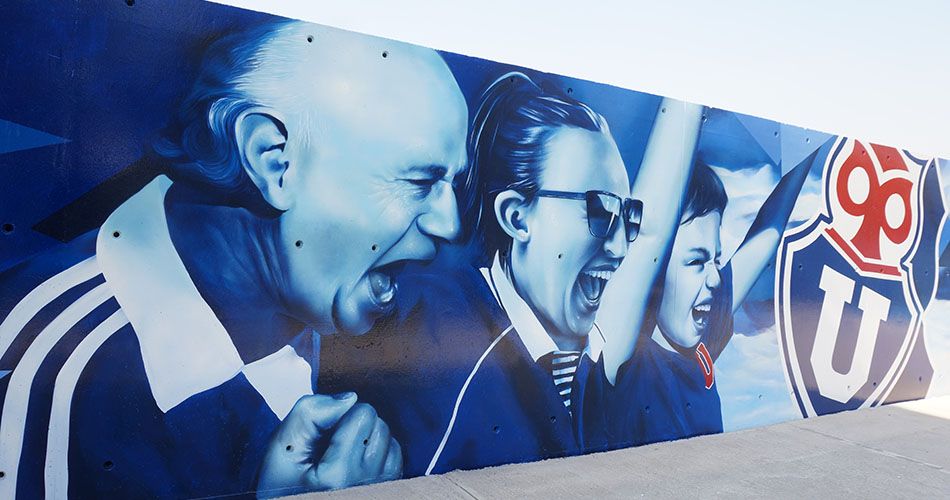 “MORE THAN A PASSION” (CDA) – Universidad de Chile Synthetic enamel and spray paint on wall 39,4 x 2,35 m When they called me from Universidad de Chile to talk about the possibility of doing this project, I quickly visualized two things: my late uncle Patricio (chuncho at heart) and the BLUE color. This is [...] 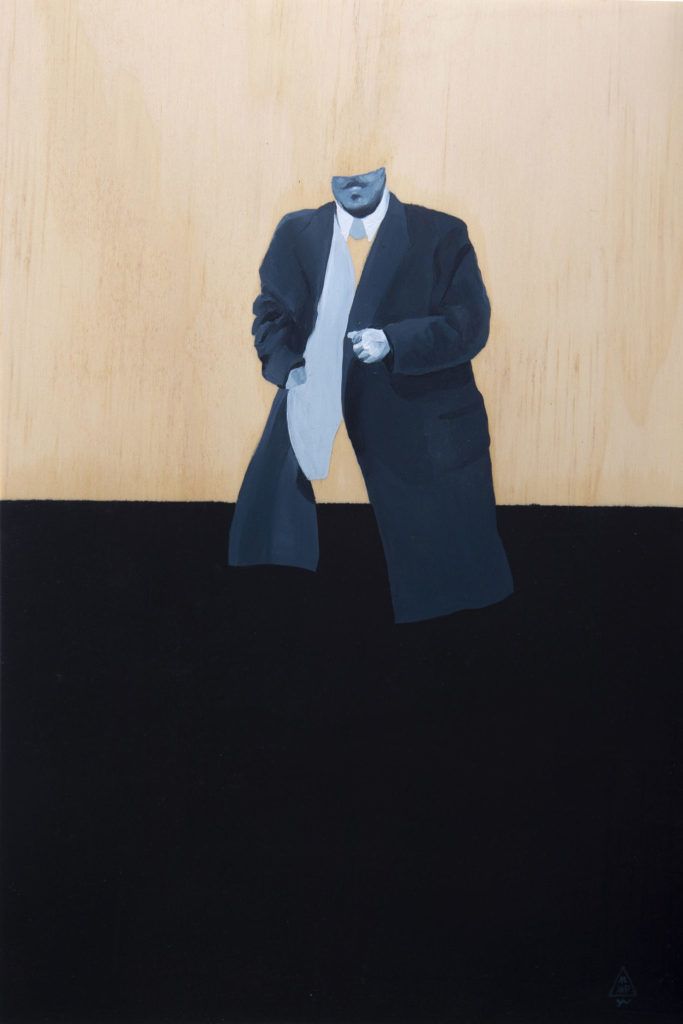 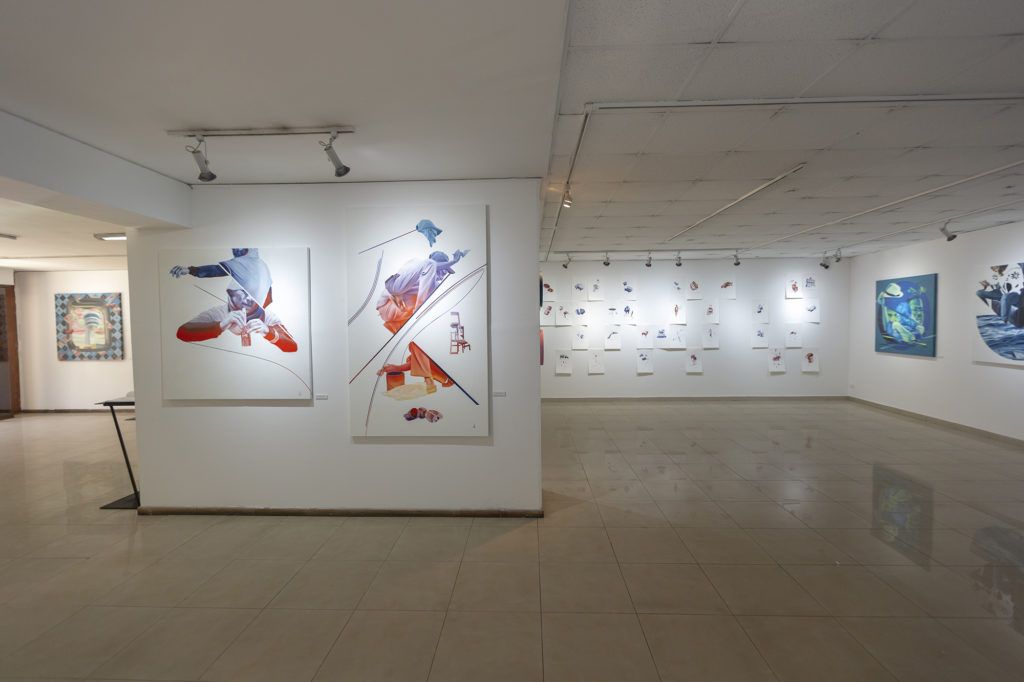 The exhibition took place from January 4 to March 9, 2019, in Santiago, at the Universidad de Talca Extension Center’s Art Gallery.Fragmented memories / Long Windows by Alme Yutronic From a dialog with his grandmother –in an unusual moment of loquacity, when Alzheimer symptoms were already evident in her— a curious and intricate narration bursts [...] 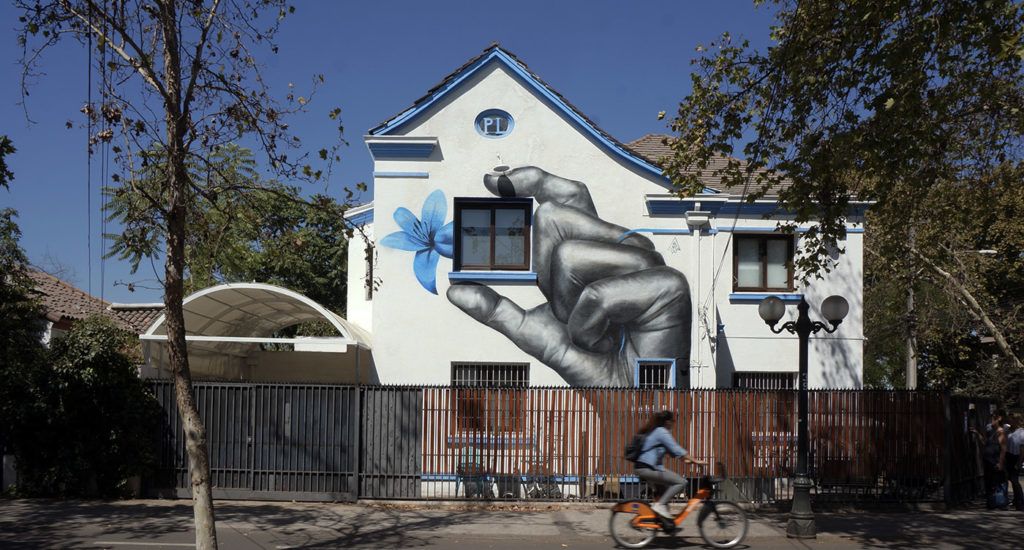 “THE GREAT HAND” Marín and Condell - Casa Viva Spray paint on wall Organized by the Barrio Italia association and La Pluma event producers. The place chosen was Casa Viva, a friendly hostel located on Condell. The colors of the house were respected, to set up a disruptive game with its shape and size, but [...] 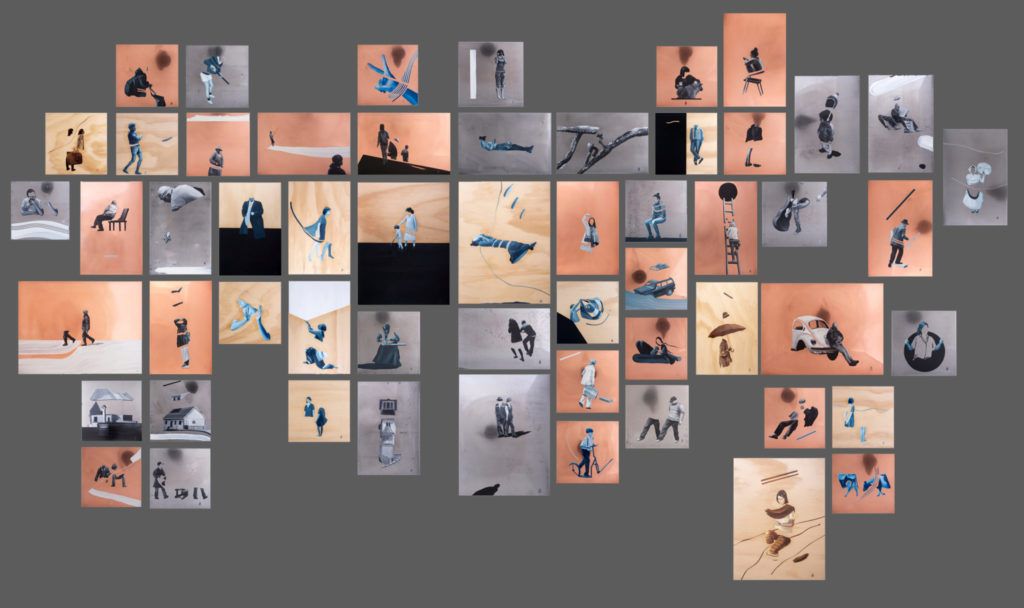 «PLACES, ANIMALS, AND PEOPLE SERIES» on copper, wood, and metal (…) She mixed her times, joining together the events of her childhood with people she met as an adult. She created a decontextualized story, where her characters traveled through time to be in places and with people that, except in her mind, would have never [...]

“PLANTA DE GUÍA”  (“GUIDING PLANT”) UNHOLSTER offices Enamel and spray paint on wall A guiding plant or guide is a plant with elongated and thin stems, that can never stand by itself (…) all the plant modules have similar thickness and functionality, that adapt the module to the local conditions and the plant to the [...] 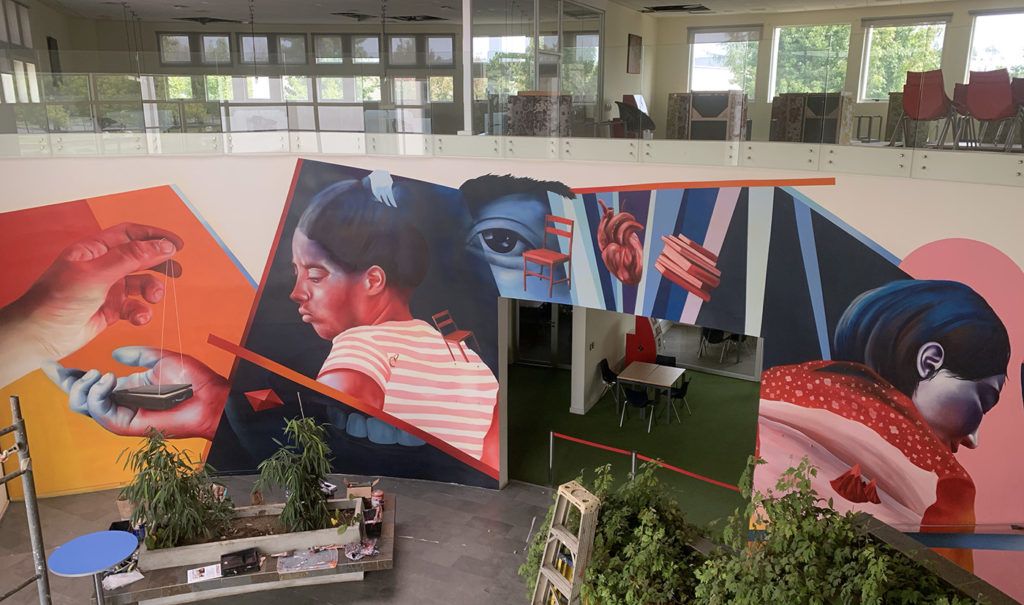 “Llega”  Universidad de Talca Enamel and spray paint on wall Regional Fondart 2018 The 2002 Census showed 1,27% of the resident population in Chile were immigrants; 15 year later, 746.465 immigrants were censused, which represents 4,35% of the country’s total population, being Maule one of the regions south of the capital with more immigrants, 10.780 [...] 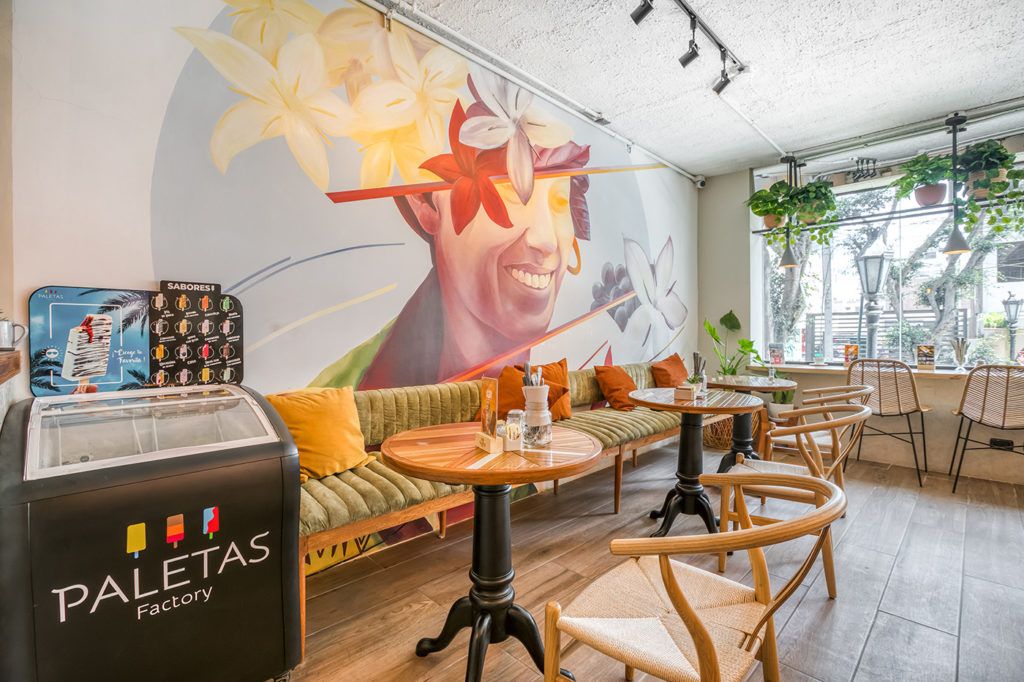 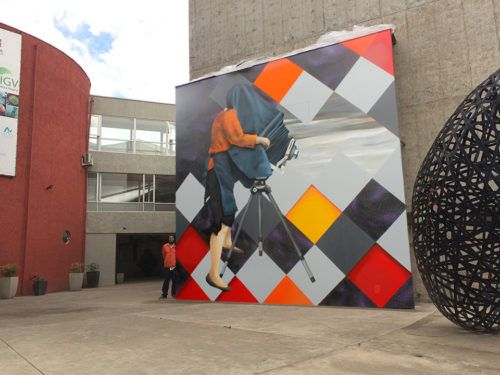 (…) ”A word used to define turns into a limit, avoiding deeper feelings or questions about what we see. A word is in itself the result of previous analysis about a situation, an object, a characteristic. As some oriental philosophies state, when we learn how to see without assigning attributes, without defining elements, is when [...]